5 New Book Releases to Check Out During Your Winter Break

“I’ll do it once I have more personal time…” In how many instances do you think you’ve uttered this very phrase, to some extent, during your college years? Well, it seems especially true when it comes to enjoying books that you want to read on your own accord – as in not the ones that your professors assign on your syllabi. Of course, in college, you have to prioritize your assignments above all else, even if it means cracking open more than your fair share of personally unappealing titles.

But, there are times of the year where this known truth won’t apply to your schedule, and one of them is winter break! With the holidays quickly approaching, you now officially have time to read all of the books you’ve heard about from friends, professors, and your favorite publications! We know that you’ve most likely been making note of every single title, but if you need a few suggestions, check out our 5 recommendations for the best new release titles, which span multiple literary genres.

The Office of Historical Corrections by Danielle Evans

Author and writing professor, Danielle Evans, is back with yet another introspective, resonant short story collection, following up her 2011 award-winning release of Before You Suffocate Your Own Fool Self. Known for her “blisteringly smart voice and x-ray insights,” Evans is never hesitant to look into the complexities of human relationships, and she does so in her all-new installment of short stories, The Office of Historical Corrections. Her stories speak to larger themes of race, culture, and history, as she introduces readers to multiracial characters experiencing typical, universal struggles that many of us encounter both personally and collectively.

In one story, “Boys Go to Jupiter,” a college student tries to reinvent herself after a photo involving a Confederate-flag bikini goes viral, and in the introductory novella of the book’s same title, a Black scholar from Washington, D.C. is drawn into a complex, historical mystery that spans generations and puts her job, love life, and oldest friendship in jeopardy. Each story offers readers a special takeaway about the truths of American history and is highly accessible to any college-level deep thinker.

You Exist Too Much by Zania Arafat

In her debut novel, Zaina Arafat tells the story of forbidden longings, desires, and fantasies, in what’s been labeled as the best LBGTQ+ novel of the year by O Magazine. Told in vignettes, You Exist Too Much is not afraid to play with timeline as it flashes between the settings of the Middle East and the United States, from New York and Jordan to Lebanon and Palestine. With Arafat’s book, readers take a journey through the life, relationships, and aspirations of the author’s protagonist – her shining moments as a sought-after DJ and aspiring writer to her not-so-shining ones, like her regretful and reckless romantic encounters.

Along the way, Arafat’s protagonist learns about the connection between her internal traumas and the divisions it forms within her life, and when she fails to make a monogamous relationship work out between her and her first, serious girlfriend, the author’s lead character receives help for her destructive impulses at The Ledge, an unconventional treatment center that identifies her affliction simply as “love addiction.” You Exist Too Much’s complex plot, well-rounded characters, and blatantly unapologetic humanity make this new release a worthwhile addition to any college student’s winter break reading list.

Everyone loves a good memoir. They are raw, revealing, and sometimes, even revolutionary – we’re looking at you, Assata Shakur! An editor of the well-known This American Life podcast, Susan Burton, has her own revolutionary – and evolutionary – tale to tell, and it’s all about her eating disorder in her newly released memoir, Empty. For nearly 30 years, Burton lived a double life in her secret struggle with both anorexia and a binge-eating disorder. On the surface, she appeared to be the perfect American girl, who hopped from one success to another, from attending Yale to working her dream job at a magazine straight out of college and marrying her high school sweetheart.

Through all of life’s happy moments, she’d continue to binge and purge before eventually swearing off food altogether. In this very real, extremely telling memoir, Burton dives into the compulsive eating and starving that consumed her adolescence and young adulthood. Perhaps, the most special part of Burton’s memoir is her willingness to go deeper than the surface-level subject, focusing on how she felt “empty” or “never satisfied” inside. By doing so, she makes her book relatable to all with its fearsome intimacy and introspection.

At a stunning 1,185 pages, Red Comet: The Short Life and Blazing Art of Sylvia Plath by Heather Clark may seem like a daunting selection to pick-up in your spare time, but this comprehensive portrait of the well-known poet and writer is completely earth-shattering to all preconceived notions of her legacy. Never-before-accessed materials, from unpublished letters and manuscripts to police reports and psychiatric records, help bring a portrait of a brilliant young woman and creative to life. Plath, who held poetic ambition from a very young age, went on to publish poems and stories before becoming a star English student at Smith College in the early 1950s – a pretty rare life path for a woman at this time.

But, this was part of Plath’s life mission: to subvert all gendered expectations of the conventional woman and wife, despite her tumultuous marriage to fellow poet, Ted Hughes. With Plath’s intentions in mind, Clark gives readers a clear-eyed depiction of the poet’s life, work, and ultimate demise, in addition to all the key players involved in this event, including Hughes and his lover, Assia Wevill. Clark’s meticulous biography illustrates how Plath paved the road for womxn poets the world over – like, the next writer we’ll discuss below, Rupi Kaur – and the obstacles she faced in her short, bright life that would play a role in her fate, including her complex relationship with her mother and personal turmoil at the hands of an ill-informed mental health industry.

Indian-born Canadian poet, Rupi Kaur, rose to fame on Instagram and Tumblr by sharing her short, visual poetry. When she was only 24 years of age, Kaur published her first book of poetry, milk and honey. Three years later, she followed it up with her second collection, the sun and her flowers. Today, she is considered a forerunner of the “Instapoetry” movement, with her work blending the minimalism beloved by Internet denizens with rich prose and thoughtful illustrations that reflects upon her personal relationships, trauma, and the immigrant experience. Her work draws inspiration from Sikh scriptures by featuring a complete lack of capital letters and only using one form of punctuation: the period.

A few weeks ago, Kaur released her third collection of poetry, home body, sharing her reflective and intimate journey in visiting her past, present, and potential self during pandemic-mandated moments of quiet. Like many college students today, Kaur is going through an emotional journey during COVID-19 quarantine, even returning to her childhood home in Brampton, Ontario to live with her parents until the pandemic subsides. In that time, she’s had a lot of time to grapple with notions of community, love, acceptance, and change. Now, she’s sharing her thoughts with her loyal following of readers – and, boy, are we glad she did! 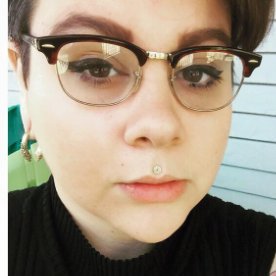 Kait Spong earned her B.A. in Creative Writing from the University of New Orleans and is on track to earn her M.A. in American Literature from the the same institution by Spring 2018. With nearly thirteen years worth of experience in creative, academic, and technical writing, Kait has immersed herself in the world of web content writing over the past two years and loves every moment of it. Outside of her career as a Digital Content Director, her hobbies and interests include literature, film, music, traveling, cooking, fitness, and technology.

Just In Time for St. Patrick’s Day, Delicious Mocktails That You Will Want to Make Year-Round by Amelia Woolard

Defeat the Ho-Ho-Holiday Blues with 8 Unique, Seasonal Traditions from Around the World by Meghen Jones