Ask any die-hard Disney fan, and they’ll tell you that November 12, 2019 was a date that went down in the history books. Why? Well, it was on this day that Disney finally released its highly anticipated, nearly all-encompassing catalog to the masses via Disney+ – or, the brand’s answer to streaming platforms, like Netflix and Hulu.

For a low monthly premium, Disney+ allows users to access decades of Disney films, TV series, documentaries, and more. Just about everything is accounted for: black and white flicks from the studio’s early days, animated hits from Disney’s 90s Renaissance era, and newly released, live-action blockbusters designed for a younger generation of movie enthusiasts.

If you already have a Disney+ account, you’ve probably consumed more than your fair share of classic Disney titles, such as The Lion King and Aladdin, and more talked-about, recent content, like Marvel blockbusters and National Geographic specials. Since you currently have a lot of free time on your hands, why not take a deeper dive into the platform with lesser-hyped titles? Though it’s nearly impossible to account for every hit within the vast Disney catalogue, here are 5 hidden treasures on Disney+ that uCribs has deemed worthy of your precious screentime.

What happens when two identical twin girls go away to summer camp and come face-to-face with one another? A whole lot of hilarity and a grand scheme to get their divorced parents back together, for starters. Yes, we’re talking about none other than the unforgettable Disney hit The Parent Trap – both versions of which are ready to stream on Disney+ whenever you’d like to spend an afternoon wrapped up in your nostalgia.

Most of us young adults are familiar with the 1998 version of The Parent Trap, starring Lindsay Lohan, Dennis Quaid, and the late Natasha Richardson. But, you might not realize that this family favorite is a remake of the 1961 version, which features Hayley Mills, Maureen O’Hara and Brian Keith. Unlike many remakes, the late-90s film mirrors a lot of original scenes shot-for-shot. So, why not watch both back-to-back and see if you can spot the similarities between these two sets of twins? (Admit it: you’ve got nothing better to do!)

Ever wondered what it would be like to work for Disney? Who hasn’t? Assuming a role as an Imagineer, theme park employee, or some such position tops many people’s dream job lists. Though we can’t pull the strings necessary to earn you a spot on Disney’s payroll, we can offer you the next best thing: a ready-to-watch documentary now streaming on Disney+ about working at, well, Disney.

Press play on One Day at Disney, and you’ll receive a backstage pass to all the magic that happens behind the scenes to bring Disney to life. From chefs to animators, you’ll meet a huge cast of revolving characters during a stunning, eye-opening documentary. Plus, for all of you business majors out there, this movie-length doc provides a fascinating glimpse into the day-to-day operations of one of the most popular brands in the world. Pretty cool, if you ask us!

Starring a pair of inventive nine-year-old stepbrothers, a pet platypus leading a double life as a secret agent, and an evil scientist, Phineas and Ferb is jam-packed with zany characters and unique storylines – but, given that you probably watched this Disney Channel hit during your childhood, you already know that. What you might not know, however, is that Phineas and Ferb is just as enjoyable during adulthood, and it’s now available to stream whenever and wherever on Disney+!

In addition to all four seasons of the original series, Disney has stocked their platform with plenty of extra Phineas and Ferb content. There’s Phineas and Ferb: Mission Marvel featuring your favorite superheroes; Phineas and Ferb: Star Wars, where you’ll meet characters like Princess Leia and R2-D2; and Take Two with Phineas and Ferb, a series of short episodes. And, don’t forget about Phineas and Ferb the Movie: Candace Against the Universe, which hits Disney+ on August 28, 2020. Better mark your calendar for that release right now!

Empire of Dreams: The Story of the Star Wars Trilogy (2004)

Though Disney might be primarily associated with its industry-leading children’s programming and universally loved theme parks, these days it’s also home to one of the world’s most insanely popular franchises: Star Wars. In fact, you might have even downloaded Disney+ solely to watch old and new Star Wars flicks on repeat. Hey, no judgment here from one Star Wars stan to another!

If you’re starry-eyed for all things Star Wars, don’t miss another documentary favorite hiding in plain sight on Disney+. Empire of Dreams: The Story of the Star Wars Trilogy is an early 2000s documentary that takes you behind the scenes of the original films: A New Hope, The Empire Strikes Back, and Return of the Jedi. Go inside the mind of George Lucas when you stream this documentary, which covers everything from original plotlines and props to filming locations and concept art.

Pixar and Disney are like two peas in a pod. Yin and yang, Thing 1 and Thing 2…okay, so, you probably get the point. These days, it seems like there isn’t a Disney project in the works without Pixar following closely behind it in some way, shape, or form. No wonder Disney officially purchased the animation studio responsible for classics, like Toy Story, Finding Nemo, and The Incredibles, in 2008!

So, it only makes sense that Disney+ also includes plenty of Pixar programming to pay homage to their favorite computer animation studio. And, one of the best amongst Pixar’s famous, award-winning list of animated films is SparkShorts, which is actually a collection of short films that explore various themes about dreams, family relationships, social equality, and more. Though each mini movie features kid-friendly CGI animation, don’t be fooled – some of the messages within SparkShorts are powerful enough to make an impact on a young adult, such as yourself.

It’s no secret that Disney is home to what seems like an entire universe of entertaining content. Once you’ve waded through all of your quintessential childhood favorites, you might be wondering what other selections the platform offers that are a little more off the beaten path. Luckily, uCribs has done the legwork for you! The next time you can’t settle on something to watch—we’ve all been there— try giving one of these lesser-known Disney+ titles a whirl. 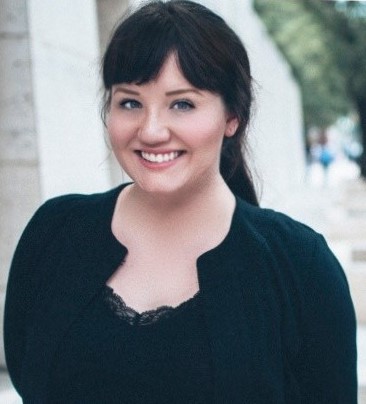 3 Ways to Stay Sane During Coronavirus Quarantine by Amelia Woolard